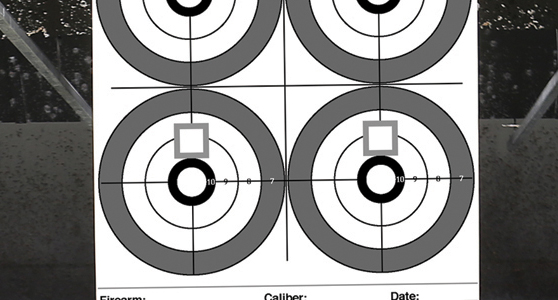 As long as there have been firearms and tactical equipment, there has been the need for places to practice with them. For those who grew up in hunting families, ranges are a place of camaraderie, recreation, learning, and procedures in an environment of controlled safety (hopefully).

My experiences with ranges started early in my life. Growing up in the Adirondacks of Upstate New York, I was surrounded by friends and family who routinely engaged in the yearly ritual of the various hunting seasons we enjoyed. Our local Fish and Game Club had a shooting range which was (gasp!) situated right next to the town softball field. The range was an open field that ended in a sandy embankment, and there were no fences to keep anyone from wandering about the public property when it was not in use. As a kid my friends and I would sometimes walk to the range and hunt for slugs in the sand, each of us trying to outdo the other’s finds in size and condition of the spent projectiles we found.

Living in such a remote and relatively unregulated area, ranges were often where we made them. My father gave me his Remington 1909 single-shot .22 rifle when I was ten. He took my uncle and I to a local venue’s expansion parking lot, a deserted place where construction equipment had left large piles of earth pushed up around to form an enclosed space. It was there that Dad taught me the basics of firearm safety and marksmanship. We plinked away at cans and bottles awhile. Using a single shot rifle also taught me the value of careful aim and ammunition conservation from my very first efforts. After I joined the Army I was introduced to the concept that ranges, at least in the Army’s way of thinking, didn’t necessarily involve practicing with live ammo, or ammunition at all for that matter. My first range in basic training was actually an obstacle course. After that came the protective (gas) mask confidence chamber, a rite of passage for nearly all uniformed service members. The entire event was a mix of apprehension and hilarity of the kind usually reserved for amusement parks and fraternity hazing rituals. Long unchanged in the Army (because it works), the chamber put us troops in chemical protective gear into a room full of CS (tear) gas. Then, just to prove that the gas mask did what it should and there was actually tear gas in the room, everyone got to remove their mask inside the room. Woe was unto them at the end of the line to the exit. Adding insult to injury, the range staff and NCOs were well aware that there are few opportunities for embarrassing pictures and videos that rival the coughing, crying, spitting, snot-spewing, arm-flapping gaggle that exited the chamber door.

It wasn’t until the next basic training range that I got to employ anything that made noise. It wasn’t a firearm, though. These were grenades. We basic trainees all had to pass a course throwing dummy grenades that went “pop” well before we were allowed to throw the real thing – carefully guarded by an NCO of course. Few things are as satisfying (or relieving) as hearing that “BOOM” on the OTHER side of the protective stone wall. Finally, it was time to head for the M-16 rifle range. After classroom training in marksmanship and rifle maintenance, my fellow troops and I started simply on the zero range, where we adjusted our sights after shooting bullets through paper targets. Then there was a practice range, which was the same as the range to follow, but not scored.  The range feature popup silhouette targets at ranges from 50 meters to 300 meters, with varying distances and changes to ammunition magazines during the timed event. I scored perfectly on the practice range, 40 out of 40. So, it was just my luck that I had the entire leadership of the battalion behind me during the scored event. I was shooting perfectly again when the bottom of my spring-loaded magazine fell out. Seven rounds hit the ground. I kept going, getting a 33. Still perfect for what I could shoot, but the final score remained the same.

Basic training wound up with a combat simulation range where we reacted to enemy fire and attacks with blanks. A live M-60 machine gun fired over our heads as we low-crawled up a hill. The last day we learned how to set up and fire a Claymore mine. Those were good times of good training.

After I graduated from basic training, ranges came in all shapes and sizes. There were ranges and obstacle courses in my combat medic training. After getting stationed in a tank unit at Ft. Carson, Colorado, I learned that one of the three staffing requirements to any range was having a medic. This being the Cold War, our vehicles, weapons, and troopers were always at the ranges, and I was usually there with them. There were tank gunnery ranges, battalion maneuver ranges, field artillery ranges, mortar platoon gunnery ranges, scout platoon gunnery ranges, demolition ranges, combined arms ranges, automatic weapons ranges, and small arms ranges, just to name a few. Not content to listen to music or sit and read as some of my colleagues did, I usually tried to learn about the weapons and ranges of the people I supported, while teaching them field medicine. Sometimes I even got to participate in their ranges. I remember a maneuver range where I outshot my scout brothers with the M-203 grenade launcher. They trusted and repeatedly asked me for my support after that.

As my career progressed I learned that there was much more to conducting a range than following a voice in a tower. Once I became a warrant officer I was often responsible for ranges and training that now involved helicopters, ground combat vehicles, and sometimes even Air Force Jets. Each range I attended had to be scheduled months in advance. Each had to have a minimum of an officer-in-charge (OIC), a range safety officer (RSO), and of course, medical support. Communication had to be maintained with range control. Permission to conduct the range had to be requested and received. Briefings and classes had to be delivered. Rosters had to be checked. Cleanup and fire details were required. Incidents needed to be recorded and reported. The list went on, and the list itself was likely to be composed of a binder full of checklists, contact rosters, regulations, and procedures. The ranges themselves were likely a complex computerized target array run by a dedicated operator. It was always a management challenge.

Happily, I never had a major incident on any of the ranges I ran. There was the occasional range fire and bruised knee. The biggest problem I experienced was a helicopter range where the unit fired 1100 smoke rockets over the course of one evening. The resulting smoke fogged out an area of about 40 square miles, but thankfully no cars on neighboring roads had accidents.

If I was going to have a problem it was usually as a member of the range. Notable, and thankfully non-fatal, mistakes I survived included the time when my co-pilot backed our helicopter’s tail rotor into a tree during a range, causing us to make an emergency landing. At another helicopter range, my buddy and I were testing the gun on the ground while maintenance worked to fix it. It was dark, and their directions caused an accidental discharge (AD). Again safety procedures that had been ingrained in all involved kept anyone from getting hurt.

Caution usually came from the mistakes of others. One incident stood out as a standing warning to everyone in my first unit at Ft. Carson. It helped guide my range conduct in later years. Colorado is a strongly regulated hunting state, where people routinely get in legal trouble for violations of the animal protection laws there. There is no legal sanctuary for soldiers on military bases who violate these laws intentionally. One hapless lieutenant and his two NCOs would have been smart to follow those rules, but instead they chose to shoot up a few of the local fauna that had wandered on to their .50 cal machine gun range. The end result: all three lost their rank and went to jail.

These days, I’m glad to see that most civilian ranges are strongly supervised, with clear safety procedures and guidelines. Peer pressure and mentorship are strong in these places. Nearly all new arrivals show up with an attitude of respect and attentiveness that keeps problems to a minimum. Even more important are the good habits that are developed on the range that will later translate into responsible firearm employment off the range. The same tenets of military ranges apply equally well out of uniform. Training and education on ranges helps to minimize the risks by instilling personal responsibility for dangerous tools. 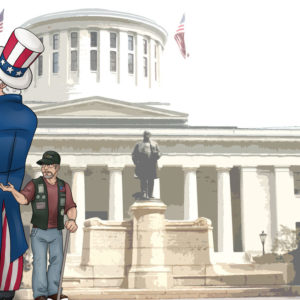 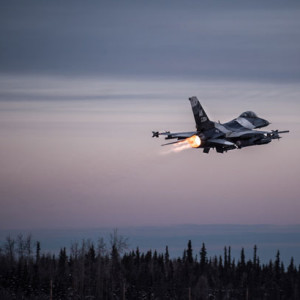 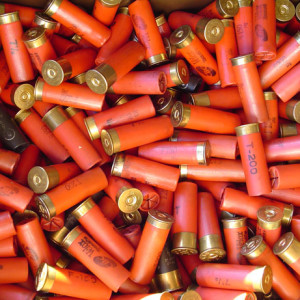