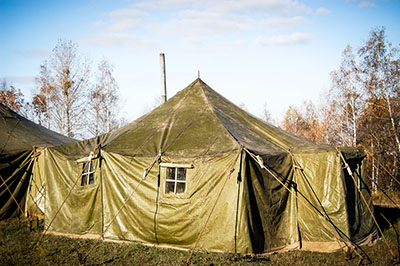 [Editor’s note:  Yes, Russell is my brother who carries the family talent for humor and writing. The following are true stories, embellished a bit by creative story telling.]

“We’re Going Camping for Our Vacation!”

That simple phrase, uttered by my father was received by my sister and I with pretty much the same reaction Chinese peasants had when they heard that the Mongols were camped outside their Great Wall. The fact that you can use a version of the word “camping” in the same sentence as “Mongols” accurately sums-up our experiences with enduring camping vacations growing up in the 1960s-1970s.

Mom was a trooper, quite literally, because she was a pioneer Girl Scout leader who actually enjoyed camping and the outdoors. Though, even she learned that traditional camping and camping with my father were two very different animals.

When my dad would announce the year’s plan for our two-week camping trek, my sister and I would stare glassy-eyed, trying not to move a facial muscle that might reveal what we were really thinking about the idea. If Dad sensed we were less than enthusiastic, he would launch into his “This year, I promise we will not almost be eaten by bears, nor will we have a snake crawl in under the tent and slide across anyone’s chest while they sleep!” He actually thought that was good news.

Our annual camping events were not really camping vacations. In those, you generally drive somewhere, set up camp for a week or so and then head home. Not the Gantos family. Since my father was a mechanical engineer and a man very much living his life on a time schedule, we would have pre-set destinations for each day. “We will leave the house (in South Euclid, Ohio) at exactly 4:27 a.m. tomorrow and we will be in Sioux City, Iowa, at exactly 5:30 p.m. Central time,” he would announce.

Mother, on the other-hand, was not governed by the clock and every trip would start several moments late. To Dad, this was a century. This resulted in our big-finned, turquoise blue Buick, ”Old Blue,” being backed out of our driveway, complete with a one-wheeled trailer (jerry-rigged and constructed by Dad, to save money) at 125 miles an hour. The speed was scary enough, but our terror was considerably heightened because the trailer was filled with a mountain of camping gear, cardboard boxes, cans of food, bags of potato chips, pillows and anything else we could stuff in. My sister and I would be flying loose around in the back seat trying not to maim each other as we went airborne.

Then, we would be off, driving like maniacs to maintain a daily schedule, allowing, perhaps, two bathroom breaks. Those family members with tiny bladders (who will remain nameless here) just had to think happy thoughts, mostly about dry and arid places. I would like to say I got to see a lot of the country, but we saw it pretty fast as it went by our side windows. “Hey, that was Iowa!”

Once we arrived, we would set-up camp. In those days, it was not the spiffy umbrella tents that snapped into place in six minutes. This was a monstrous, 6,000 pound pile of canvas that my dad “got a deal on.” The tent was genuine Army surplus, probably from WWII! It had a “Little Rascals” appearance to it (look it up under that title or ”Our Gang” on Google), and a giant central pole that, if all four of us lifted it into place together, we could do so without getting matching gut-busting hernias. Once camp was completed, we’d eat and fall into an exhausted sleep.

And the next day, we took it all down and then started all over again!

Yep. Another day of driving 600 miles, setting-up camp for a day and then hauling it down and packing it up and soldiering on. The reality was that the snake across the chest and the bears sniffing around the tent where we thought they might try to eat our faces off, really did turn out to be the good news.

On one trip to Florida, there was a heat wave and it was so hot it actually killed a whole colony of cockroaches that had been crawling around the campsite. That same trip found us sitting at a campsite on a beach asking each other, “Why is the wharf heading out to the sea 30-feet high? When the full moon came out that night we found out why. The tide brought the ocean crashing right to our tent door. Dad refused to leave the tent while my mom, sister and I hightailed it to higher ground to the car. We found out from the Park Ranger the next day that we were not supposed to camp there and that the last family had been washed out to sea. He guessed the sign that said “No Camping Here” had been swept away by an earlier tide and eaten by sharks. That was also the time when we witnessed the family near us grabbing their food plates and then go sprinting off, running while shoveling food into the mouths. We thought, “How odd.” Then WE filled our plates and had to take off running because the black flies were so bad that if you didn’t run, you got pork and beans and flies.

Another time, our kerosene heater lost its flame, but the fumes kept pouring out and the tent filled with noxious odors so bad all of us had out-of-body experiences.

A particularly memorable event was: “people are really being noisy late into the night” that caused my father to finally lose it and go charging out of our tent to give them a piece of his mind. Pop was 5’11” and maybe 155 pounds, but he was a pretty formidable man when he got his dander-up. This time, he came back, got back into his sleeping bag and told us to put our pillows over our heads. In the morning we saw why. The campsite had about 30 Harley-Davidson bikes around their campfire.

Despite all the challenges, we still used to enjoy talking about those trips at family reunions and somehow in the telling, the trips didn’t seem so bad. I’m sure that while all the new gear and equipment available for enjoying the great outdoors is not a King-sized bed and air conditioning, camping vacations will still create some great memories.

Russell Gantos  is a freelance writer and published author working on a second book in a sci-fi trilogy. Russell is an avid fisherman and gun enthusiast. In his “real job,” he is Vice President of Marketing for a health insurance organization in Houston, TX. He can be contacted at rpgantos@yahoo.com. 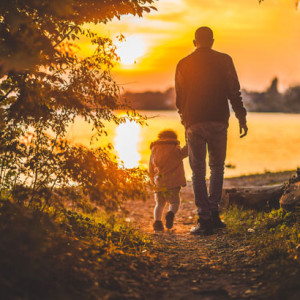 The Essentials of a Fulfilling Life 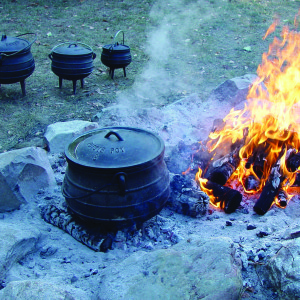 Cooking With A Dutch Oven 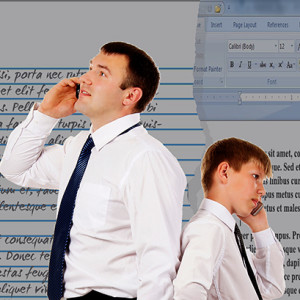 Bridging the Generation Gap in Small Business: An Overview