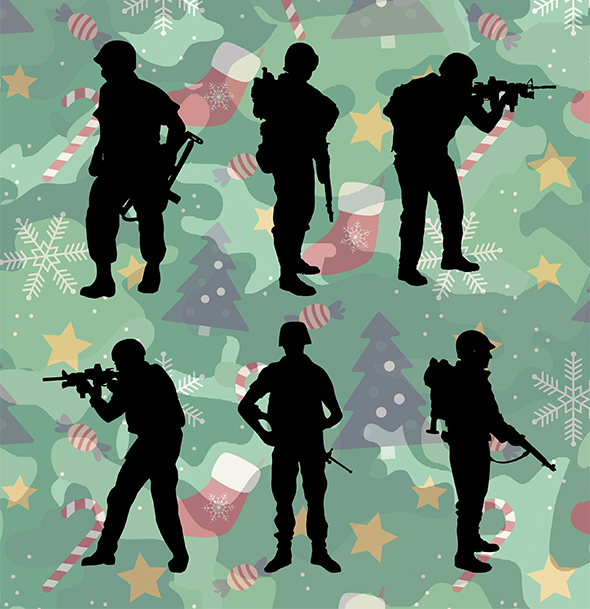 For those of you who have a loved one in the military or who is a veteran, you may want to get them a gift that they as a serviceman/woman may appreciate in a special way. I’ve compiled a list of 12 gift ideas that you may want to consider for them. Many of these ideas came from me surveying my fellow veterans, plus my peers in Active Duty, the Guard and the Reserves. A few of these also come from the many products I’ve seen from ANM Expo exhibitors and Surplus Today advertisers. I hope this list helps you find that awesome Holiday gift!

It’s no surprise to me, as I predicted alcohol was going to be the number one most requested gift idea of those I surveyed. Just make sure you get them something they actually like, ok? You can also turn that idea up to 11 if you get them something nicer than they normally buy. I love Jack Daniel’s, but a bottle of Gentleman Jack or some real fine Irish whiskey would be extra special as I don’t buy it often enough (hint, hint- gift idea for me if you were looking).

I was also not surprised to find that tobacco was high on the list too. Like it or hate it, we military members like our tobacco products. Buying someone cigarettes or chew –although considerate- may seem like too lame of a gift idea though. Instead, spice it up by getting them a cigar sampler kit. It’s classy and you can often get a kit that comes with a simple humidor and cutter too.

This is an easy one really. What branch of service were they in? Take that answer and get them something that has that on it. Think things like paracord bracelets, jewelry, coffee mugs, decorations, or paperweights.

Chocolate Ammo is an awesome product. It’s chocolate shaped like ammunition and grenades that come in a small ammo can. This is a gift that no military member could hate!

So after suggesting liquor, smokes and candy, this suggestion seems completely out of place- but it isn’t! This is a great idea for vets as well as anyone who is still actively serving. When you’re in, you have to maintain a level of physical fitness. When you’re out, you pack on pounds faster than you could ever imagine. Help them out with something they can use to stay in shape.

This is a really cool gift idea for those who have served and those who still do. It is a stocking to hang above your fireplace and put gifts in and it is also a gift within itself.

I knew a ton of people who were into the R.C. hobby when I was in. It would be nice to get them an R.C. car of aircraft, but why not get one that is military themed too?

Most military members are preppers whether they realize it or not. Any number of emergency preparedness products make great gift ideas, but why not an emergency hand crank radio? It helps their preparedness without being something cheap like duct tape or zip-ties.

I know it’s similar to the ideas I listed in #3, but I feel this idea deserves to be separated. There are some very nice paintings, pictures and lithographs out there depicting their branch of service, military heritage, or significant moments in military history. Such a gift could be in very good taste.

When you’re in the military, you tend to accumulate a lot of challenge coins whether you like it or not. A lot of these end up in random drawers or boxes in storage, but if you were to get them a nice display case, they could actually do something nice with them. Bonus points if you get them a case for their medals and ribbon rack to compliment it.

I’m not totally living in the past with this suggestion; I’m aware that watches are becoming less necessary now that we all have cell phones. That being said, depending on your career field and where you work, using a cell phone for anything while in uniform on the job is oftentimes not allowed. Thus, a watch is pretty indispensable and getting a military member –or a veteran- a nice watch would be really thoughtful of you.

A gift suggestion that was high on the list, but is not actually practical due to the law are guns. I can’t tell you how many of my military peers suggested this one, but it’s actually not a good idea. This is because of the ins-and-outs of straw purchasing. Although I’d love to unwrap a brand-new firearm on Christmas Eve, it is 99% of the time illegal. Yes, in many jurisdictions you can give someone a gun you already own as a gift, but it’s a legal grey area and I don’t recommend it! Instead, give them the cash so they can legally buy it themselves. Or, buy them accessories for a gun they already have like a new scope, magazines, a set of grips or even ammo. You could also buy them a cleaning product that I’ve really grown to like- RamRodz Gun Cleaners. Most military members are gun owners and cleaning guns is the furthest thing from fun; these will make cleaning guns significantly easier for them. If it’s self-defense they’re concerned about, buy them pepper spray or a nice tactical knife. For that matter, knives make good gifts for vets and active military members too, so you can keep that in mind as a good idea as well.

Gift giving can be difficult, so I hope this helps; Happy Holidays everyone! -Tony