The scope of employee theft is huge. It includes issuing and cashing forged checks, personal use of company credit cards, falsifying time cards, setting up fake contracting companies and other types of embezzlement. High-level employees working for large companies who have access to confidential information and who are empowered to conduct large financial transactions generally commit these crimes. This article, however, will focus on the type of employee theft that the surplus/army navy storeowner is most likely to encounter: the theft of cash and merchandise.

The simplest and most common type of point of sales theft is for an employee to pocket the cash he or she has taken from the customer and discard the sales receipt. Although this type of theft is almost impossible to prevent, there are steps the retailer can take to minimize it.

A low-cost remedy is to post a prominent sign at the point of sales advising customers not to leave without a sales receipt. The sales receipt is a permanent record of the sale, and a sign serves as a twofold warning to employees: that the customer may return with the sales slip for an exchange or refund and that management is vigilant. A store’s management can demonstrate this vigilance by restricting which employees are allowed to handle money and operate the cash register. Only long-time, trusted employees should be in this position.

A more costly preventive measure, but one that can pay for itself in loss prevention, is to install surveillance cameras at strategic locations throughout the store, including at least one focused on the point of sales area. Surveillance cameras are ubiquitous today, and even small stores often have an electronic surveillance system. Although, generally, only large businesses have the resources for a security staff to monitor the cameras throughout the business day, professional surveillance companies who install video cameras will also monitor them. The cameras are useful for revealing both employee theft and shoplifting by outsiders. Some video systems have Internet Protocol (IP) generating a live stream on the Internet, which the business owner can monitor on his or her iPhone or computer, in or out of the store.

Even if videos are not regularly monitored, they produce a permanent record that can be recalled later. In addition, cameras are a psychological deterrent to theft simply by their presence. Even if a retailer cannot afford a security system of operating cameras, realistic looking fakes also act as a deterrent.

The first and the most important step an employer can take to prevent theft is to spend the time to conduct a careful interview of job applicants and to demand references and check each one. The employer should be alert to gaps in employment history and question the applicant about them. False information on a résumé or exaggeration of education or experience should serve as a red flag. If the applicant demonstrates dishonesty before he is hired, how can he be expected to be honest on the job? Although intensive screening of applicants for low-paying sales jobs takes time, the amount of money and merchandise saved from potential theft makes the effort worthwhile.

Some dishonest employees do not see themselves so much as thieves, but as individuals seeking to right what they consider an unfair situation: They may rationalize theft as making up for low wages or lack of benefits. Merchants should strive to develop loyal, long-time employees by paying adequate wages and providing benefits whenever possible, and by establishing pleasant working conditions. Employees who are satisfied with their jobs are less likely to steal.

Many army navy stores are family enterprises. Employing a relative who is not part of the ownership, e.g., a brother-in-law or a nephew, part-time or full-time can deter potential theft by other employees, assuming that the relative is honest.

What should an employer do if he or she catches an employee stealing? Is it a lone wolf operation, or has a ring been set up in the store, including the manager or person behind the cash register? If the employer calls the police, he or she must be careful to have gathered solid evidence or risk a lawsuit. In addition, the presence of police removing an employee in handcuffs can have a demoralizing effect on other employees, as well as on customers. Retailers often simply terminate the employee.

Employees who steal merchandise present a different problem. Cameras and careful inventory control can help counter such theft. Unfortunately, the dishonest employee has more knowledge of, and access to, the inventory than the shoplifter who comes in from the street.

Theft of time can be as costly as theft of money or merchandise. Employees can cheat on their time cards in a variety of ways, the most common being “buddy punching,” having a colleague punch in for them. One solution is biometric time keeping, a technology that requires biological markers, such as fingerprints, facial recognition, or iris assessment, to sign in and out.

Employee theft is impossible to eliminate. It can, however, be minimized with a few practices, and by taking steps to hire honest employees, keep current employees loyal and safeguard against problems, particularly if the employer has suspicions. 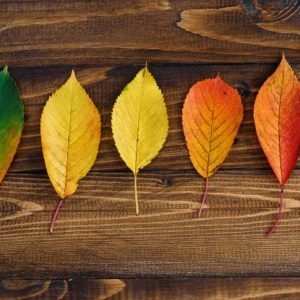 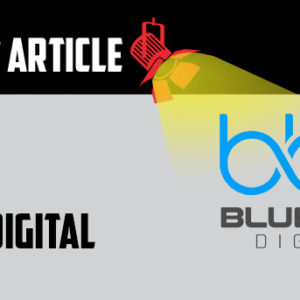