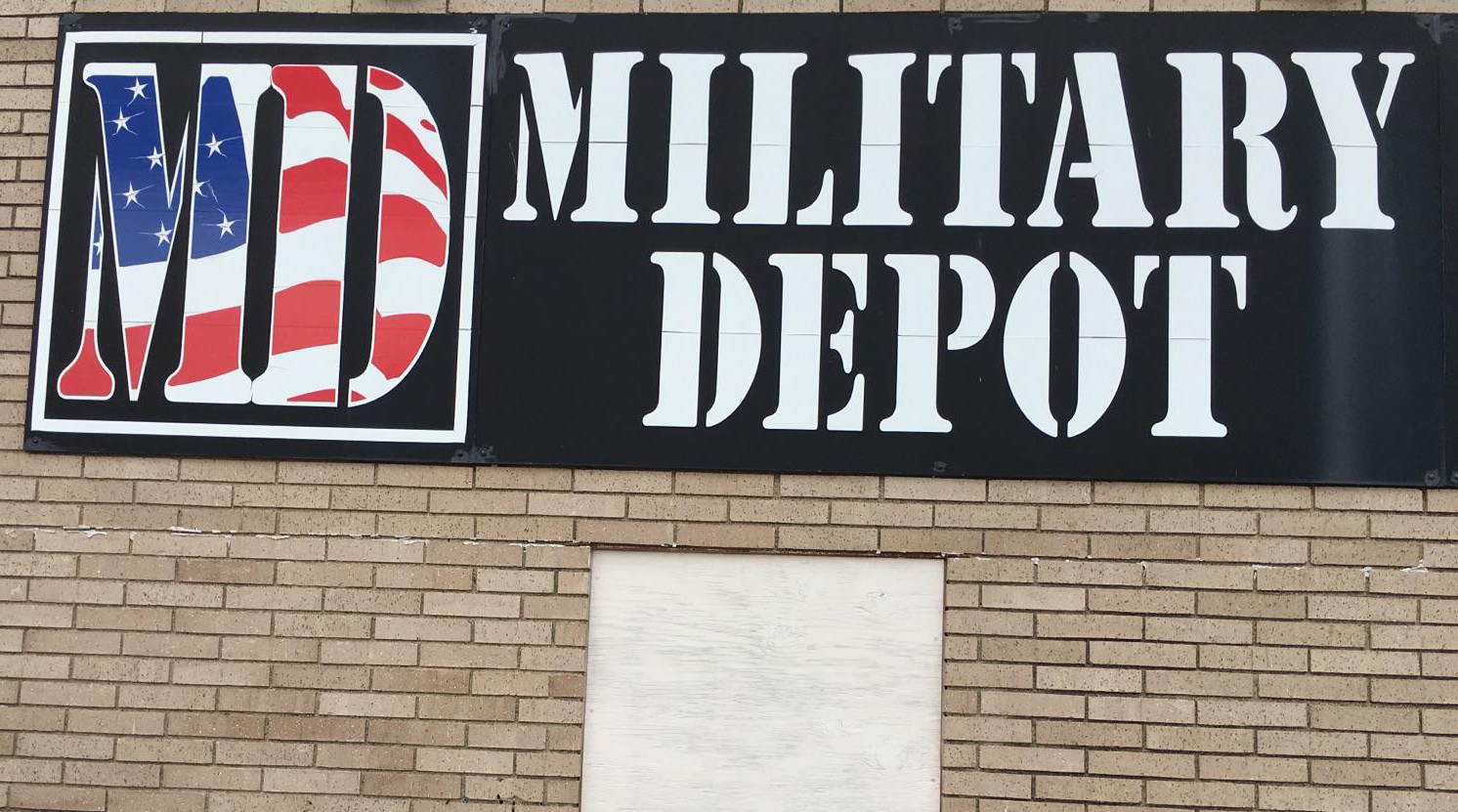 Tell us about the history of your company.
MILITARY DEPOT began as a retail shop started by Charley Smien in 1984. After establishing multiple locations in Killeen TX, home of Fort Hood, the largest military base in the free world, and in College Station TX, home of Texas A&M University, we decided to begin wholesaling military surplus. As a retailer, our business had been supplying multiple wholesalers through 1988 with bulk surplus. In 1989, our wholesale division was created to sell to other retailers across the United States. Our company soon began advertising in the ANSOM magazine, the predecessor to Surplus Today. Military Depot’s customer base grew to several thousand accounts by 1991. In 1992, we began setting up at the ASD/AMD trade show. The shows exposed us to more retailers across the U.S., Canada and countries abroad. Near the end of the 90s, the ASD/AMD trade show became increasingly diluted and no longer benefited our company as a surplus dealer. As a result, we decided to stop attending. Since then, we have continued to sell to our loyal customer base which has slowly diminished through 2010 due to the economic downturn. In 2014 and 2015 we had conservative increases in sales and since February 2016, Military Depot has seen a pleasant jump in orders from our customer base. We hope that this is a sign that sales are trending upwards in the surplus industry. In anticipation of increased sales in the industry, we decided to begin advertising in Surplus Today. We hope that this will expose us to new customers that are not familiar with our company. Our company is also attending the ANME Trade Show in August.

What sort of products do you offer?
Military Depot offers predominantly military issue surplus items. The surplus industry has always been a difficult market in that we cannot consistently supply used surplus items that are in demand.

What are your best sellers?
Without a doubt, Military Depot’s best sellers are our combat pants: BDUs, DCUs and ACUs. Since the inception of our wholesale division, we seem to deplete our pant inventory virtually every month. Other strong items include our woodland field jackets which are becoming tougher to acquire. Used combat boots have also been a consistent staple item for our retailers who target outdoors enthusiasts as well as construction workers.

What makes your company unique?
Military Depot is unique in that there are only a handful of companies that sell predominantly used military surplus. We are fortunate to be one of these businesses. Our company has been able to maintain a wholesale inventory of 70%+- of used and new military issue items. We have also, for the most part, been able to successfully acquire surplus issue items for the past 30 years.

What can you tell us about the people who purchase your products?
Military Depot has over 2000 active customers and over half of them are smaller mom- and-pop operations or flea marketers. Not many larger companies find it cost effective to deal with such customers. For our company, they are the bread and butter of our business. Our retailers generally sell to blue collar workers. Stores in more diverse areas cater to hunters, campers and outdoors enthusiasts.

Is your business a family-owned business?
Military Depot is a family owned business. My father, Charley Smien, turned over operation of the business to me, Louis Smien, in 1986 while I was at school at Texas A&M University. In 1992, after graduating with a master’s degree in architecture, I took the summer off to organize our retail operations so that they could be run without my presence. I would then be able to begin my new profession. I quickly learned that things do not always happen the way you plan. After the first Iraqi war business was flourishing, both on the retail side and wholesale side. Military Depot ended up opening two more retail locations as well as expanding its wholesale operations. Here I am 20 years later still a surpie and Military Depot is again expanding its wholesale division. We have recently secured a 20,000 square foot facility in Bryan, Texas and are in the process of securing a 22,000 square foot facility in Nolanville Texas.

What advice might you give to small or family-owned businesses?
The best advice I can give to a family owned business is when it is time to grow, slow down and take steps to keep up with the times. Delegate people within the company, when possible, who are team oriented to lead different aspects of the company. If hiring within your organization is not possible, don’t hesitate to go outside your network. I am finally teaming with a new partner who is helping bring Military Depot up to speed.

Do you use any sort of online resources, such as social media and eCommerce?
In our wholesale realm, we have regretfully not used these resources effectively, though we have seen success with social media on the retail side of business. By the end of August 2016, we hope to have our wholesale website completed for our current and new accounts. In addition to our website, we will begin an email program to notify customers of new products and weekly specials.

What features of Surplus Today do you find enjoyable or useful?
I find the featured articles the most useful overall. Most of the articles give some tidbit that I can pass on to our customers or use myself. The Business section is often useful for me as an eye opener to something new or effective that I can apply to our store.

Is there anything else you would like to add?
Military Depot looks forward to providing our customers with authentic military surplus items at competitive pricing. We will be featuring different products in each issue of Surplus Today. We hope to reconnect with past customers who have dropped off our radar as well as connect with new customers.

«Next Post The Importance of Market Research for your Business
From The Editor: Sticks and Stones Previous Post»