Recent changes in the way that retired military and police dogs are handled has brought more questions about dogs of war in general. A brief glimpse back in time can help demonstrate just how useful these furry soldiers have been, though they don’t always get the recognition they deserve.

There are records that recognize the use of dogs in war as early as 120 B.C. The king of Arvernii, King Bituito, led an attack on the Fabius-led Romans with an army made entirely of dogs. During these times, dogs weren’t always trained for specific skills, and they certainly weren’t the purse-riding dogs that are seen so frequently today. Instead, they were garbed in armor that was sometimes covered with spikes. Throughout history, canines were primarily used for attacking and tracking, but as time went on, trainers were able to hone the skills of these dogs so that they could perform specific tasks.

When dogs were used primarily for attack purposes, military leaders relied on larger breeds, as did the Romans, who used the Molossus because of its large, intimidating stature. The Cimmerians looked to Lydian dogs in 600 B.C. to serve them in battle. As breeds were developed for specific purposes, the Collies became useful for any military task that involved seeking something or someone out and returning to the base. Since they were bred for use in herding sheep, they were already comfortable with the concept of going out to perform a task before returning to a specific spot. As time went on and more information was gathered about the acute sense of smell that canines enjoy, smaller dogs began their training for use as trackers. Since dogs naturally enjoy a sense of smell that humans can only dream of, they were perfect for this task. Smaller dogs were even more useful than the larger ones because they naturally stand so much closer to the ground, making their tracking abilities even more productive than larger dogs that are further away from the ground. 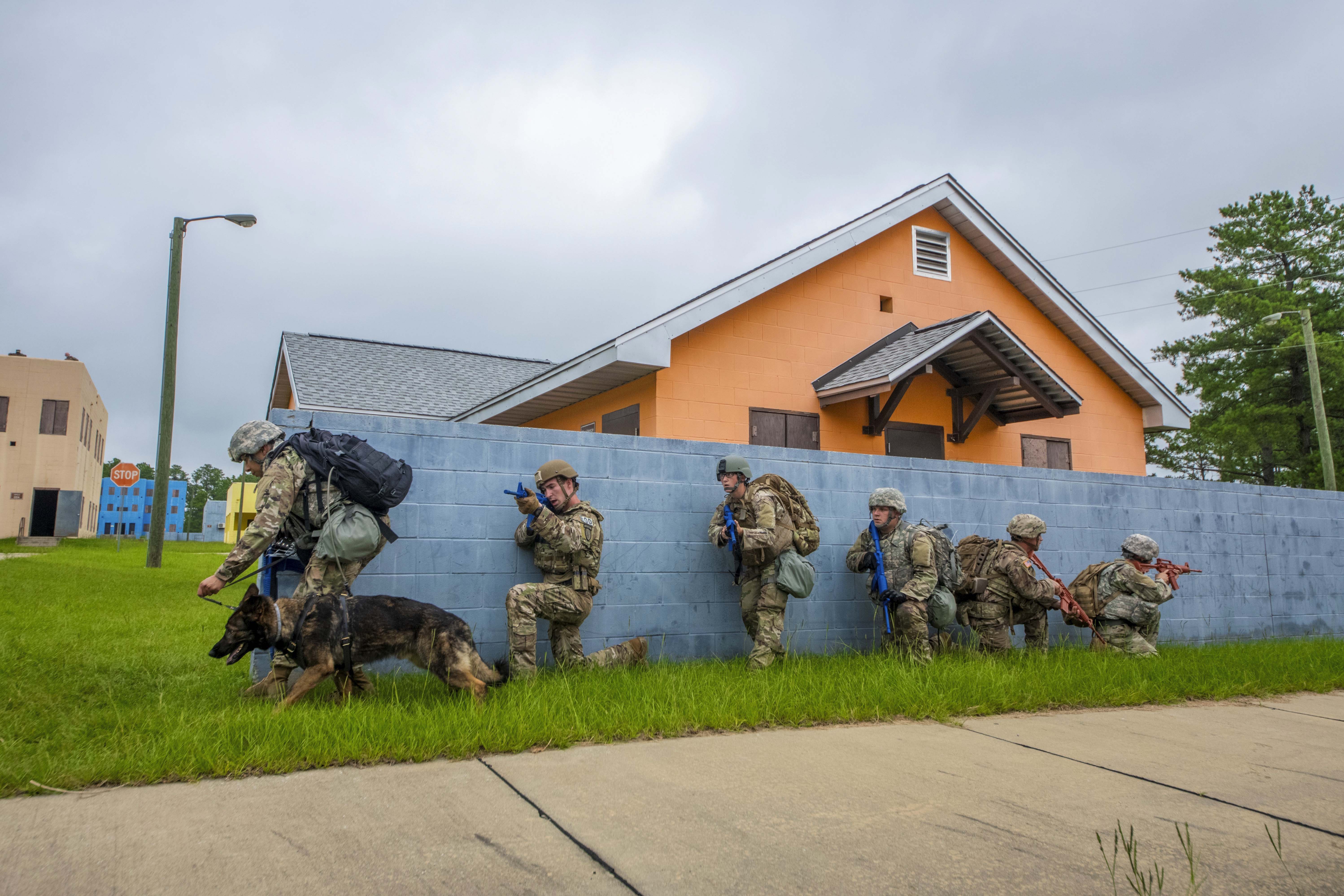 Edwin Richardson had always had an interest in the concept of dogs that were used for military purposes. When he married a fellow animal lover, Blanche Bannon, his fate was sealed. In 1900, he began the process of training dogs to perform military services. He would take them to army camps in order to assess their practical skills and identify areas that needed more attention. The soldiers seemed to enjoy the presence of the dogs and often used them to retrieve flasks and return them to be refilled. Some of the officers were overly impressed, so much so that they began writing letters to their superiors in an effort to bring dogs into the military and train them for specific purposes. Their letters did not go unnoticed.

By the beginning of the Great War, the British War Dog School was in session. By the end of the first month of the war in 1914, the first British war dogs made their way into France. Soon, the War Office appealed to the public and to shelters for more dogs. People began sending their dogs in with much the same attitude that they sent their sons, husbands and fathers. Even veterans sent their furry companions to help in the war effort, declaring that since they could no longer serve themselves, their companions could go in their stead.

These dogs weren’t entered and trained for battle but for other tasks that humans either couldn’t do or didn’t have the best skill set for doing. Most frequently, they were used to send and deliver messages. When the fields were covered in blinding smoke and gunfire, and the towers were down or otherwise out of order, it wasn’t humans that could cross the lines to deliver messages. Dogs that rely on their acute sense of smell were able to cross the lines and get messages to areas they had never been in before. If it weren’t for these dedicated animals, communication during these times would have been nonexistent. 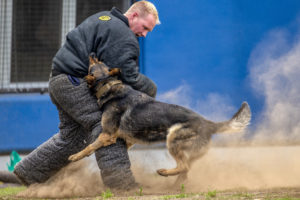 As of today, there are about 2,500 dogs in service between the military and law enforcement. They receive strict training and, like humans in basic training, not all of them make the cut. Since they were used during the Civil War to protect, deliver messages, and guard prisons, some still perform those duties today. They are also used to track down mines, sniff out drugs and for a wide variety of other tasks.

One of the most important questions concerning military dogs and other dogs of service is what happens when they can no longer serve. In the past, when the wars were over or the dogs had outlived their usefulness as military servants, they were euthanized after being labeled as military surplus. Today’s laws prevent that from happening. Instead, military dogs are offered to law enforcement entities for use in the field. Those that can no longer be used in the field are first offered to their handlers, the people they have worked with during their term of service. Since these dogs are usually trained to attack those they think may attack their handlers, it’s important that they don’t just go to an average family to be treated as a common pet. 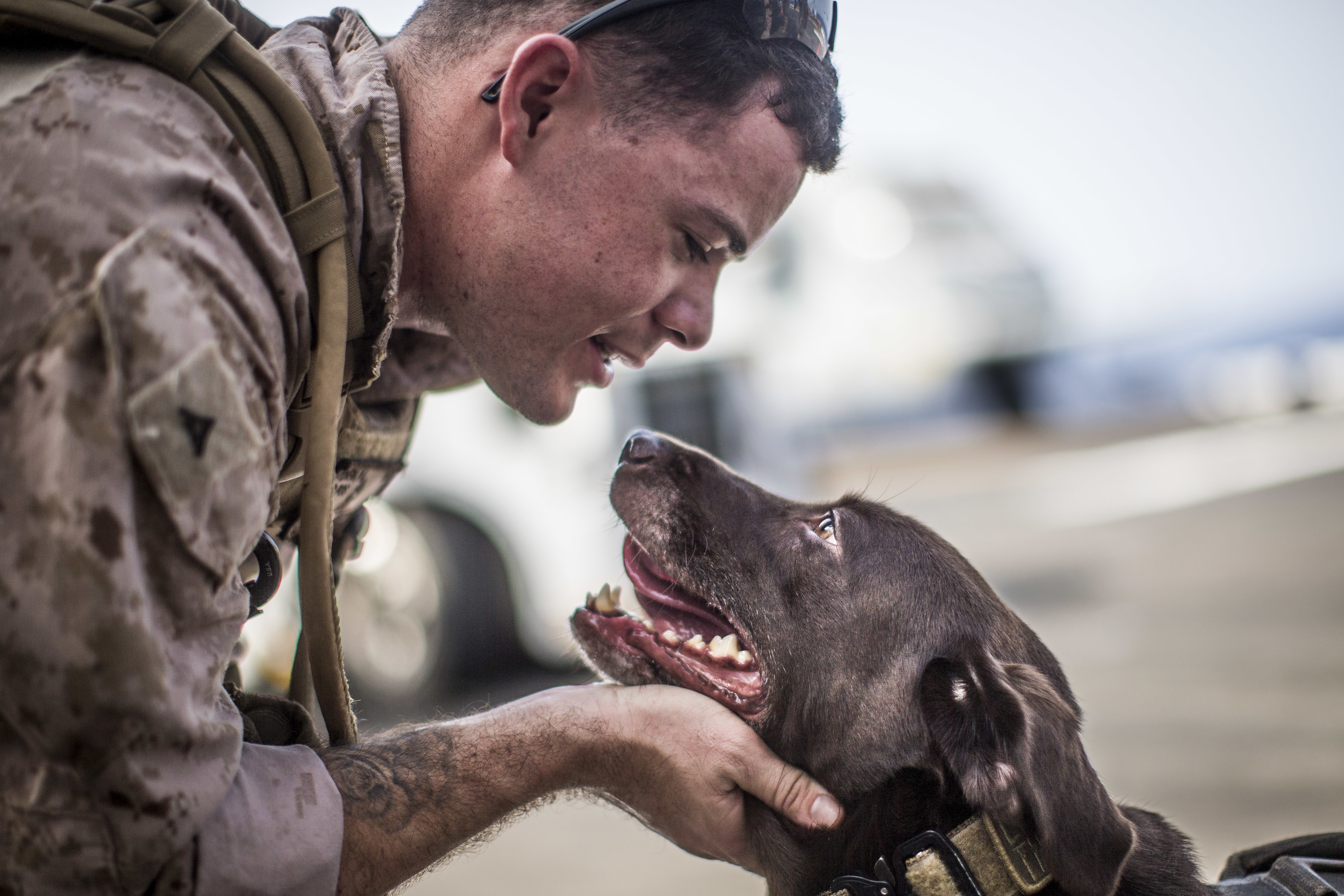 As much dedication and sacrifice as these canines have offered over the years, it has only recently become obvious that many of these “soldiers” suffer from the same afflictions as human veterans. PTSD and anxiety disorders sometimes develop as a result of their service, most particularly in animals that have explored mine fields or been in the midst of combat. Today, some of those dogs are honored with medals and a pleasant retirement with their handlers. As civilians who enjoy the privilege that their efforts have afforded us, it’s important to voice our respect and appreciation to these canines that make sacrifices for freedoms they don’t even understand.

A Short Business Guide for Retirees