On The Beat: The 1968 Chevrolet Submarine with the Original Paint

The patrol shift had been uneventful, but was only about half over. This was not unusual for a cold winter night, when everyone but “cops, burglars, and bad women” were home in bed. We were experiencing one of the coldest winters in memory, with temps down to minus 15° F every night for two weeks. A typical winter night in Reno was around +10° F. and with 25 degrees in between, you could feel the difference.

The call came out as a verbal disturbance on the east side of Virginia Lake. Virginia Lake is a man-made body of water that sits within a city park in a residential district. It serves as a line of demarcation between older, fashionable homes and apartment buildings housing mostly druggies, thieves and other felons. The path around Virginia Lake was almost exactly one mile long, so it was a popular place for runners in more temperate weather.

Temps of +10° F were rarely capable of freezing the surface of the lake, but -15° F managed it easily. The lake was iced over to about 20 yards offshore, but it wasn’t very thick. Kids would venture out on the ice on a dare, and occasionally break through. So far, everyone had managed to get back to shore. This is one of the reasons I was surprised to see an older model Chevy Camaro sitting on the ice, about 20 feet out. Standing on the shore, watching the car intently, were a pair I’ll call Moron and Idiot. They were both employees of a private security company with a well-known name. Moron was the owner of the car, and was engaged to be married to Idiot. Moron was a 20-year-old female.
idiot was about the same age, and seemed to covet the Chevy more than its owner. Every time he mentioned it, he would be compelled to remind me that the car was a 1968 Chevrolet Camaro, “with the original paint.” The paint was clearly a defining quality of the car.

Moron and Idiot had been driving around in the car, with Moron at the wheel. They were arguing about some issue they could no longer recall, and Moron got increasingly incensed with Idiot. As a demonstration of her angst, she drove the car over the jogging path and onto the ice. They immediately heard the ice start to crack, and evacuated. They also got out of the car and went ashore.

Now that the cops were there—my friend and beat neighbor Rick Griffin had arrived to watch the festivities—Idiot felt the need to demonstrate his macho, and proclaimed he was going to drive the car back to shore. I told him in no uncertain terms that, if he did, his next ride would be in the back of my car, in handcuffs. This had the desired deterrent effect.

I decided the best course of action would be to call a tow truck, and did so. There was still one small problem that needed some contemplation. On a cold winter night, the response time of a tow truck summoned to Virginia Lake is about 30 minutes. This would not have been especially noteworthy but for the new discovery that the mid-winter ice on Virginia Lake will support the weight of a 1968 Chevrolet Camaro (with the original paint) for only 25 minutes. Moron and Idiot were horrified, and probably not amused by Rick and I shouting from shore, “Ah-OOG-gah! Dive, dive!”

The tow truck driver was similarly chagrined at the prospect of wading out in freezing water to attach the tow chain, with a rope tied around him to pull him back if needed. That’s why he got the big bucks. He had the car back on shore in about ten minutes, although the engine was waterlogged and wouldn’t start.

Moron and Idiot lived together in the aforementioned apartments, and walked home. About a week later, I saw an announcement in the newspaper that they had tied the knot as planned. This has always unsettled me, maybe more now than then. That’s because any progeny from the union of Moron and Idiot are now adults, and presumably are running around unsupervised. The final disposition of the 1968 Chevrolet Camaro (with the original paint) is lost to history. 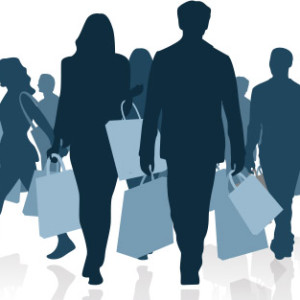 How to Prepare Your Retail Store for the Holiday Season 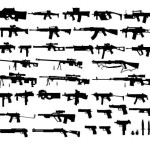 Marketing to Women in Surplus Stores

«Next Post Life in the Army: Full Circle Plus
How Far Can You Go to Detain a Shoplifter Previous Post»