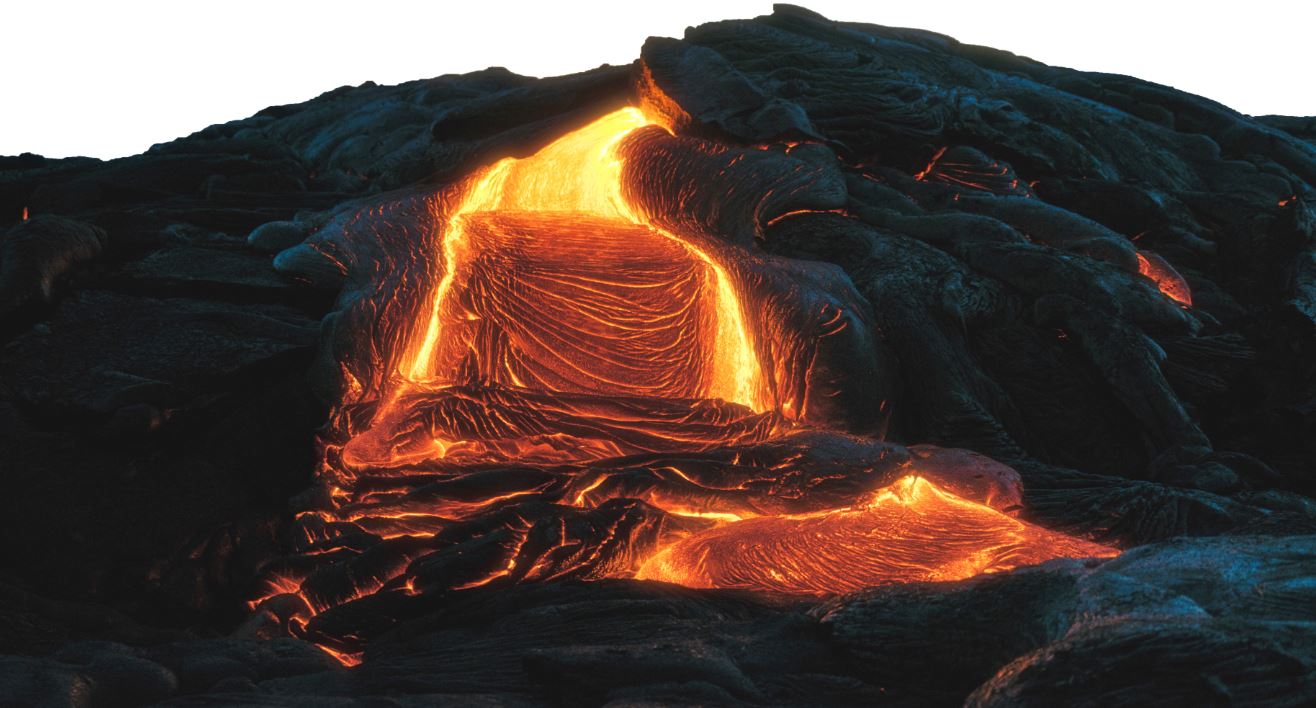 The Pacific is going through a very critical transformation. I would know, I live only six miles away from an active river of lava that has already taken out over 600 homes and structures. No one knew, not even the scientists of the United States geological survey (with all of its sophisticated land instruments) could pinpoint where magma would erupt and purge molten rock measuring 2000 degrees. This emission would “breathe up” destruction (or creation) in an area where ancient Hawaiians would not choose to live. Hawaiians called this area “Keahialaka” (Real estate developers renamed it Leilani Estates). The meaning of this word is “Keahi” (fire) “alaka” (Goddess of Hula) or in poetic terms, may be defined as the Dance of Fire!

Be careful where you choose to live in Hawaii. People from around the world have found what may appear to be a location of serenity, peace and solace; a worry-free environment to plan your retirement and bask in your backyard pool under the comforting Hawaiian sun. We can’t blame the real estate agents who lead you to this place of beauty. After all, this lava zone has not erupted for the last 60 plus years.

Living in a dream changed suddenly for 2500 people when a nightmare manifested with recurring earthquakes, tremors, and small cracks that appeared on main highways, neighborhood roads and under their own driveways. The main vent of Pu’u O’o crater located a little over 14 miles north of Leilani Estates collapsed after spewing lava that began in 1983, which shook the island with a 6.9 magnitude earthquake. The largest seismicity since the 1970s, this terrifying earthquake shook the entire island and sent a red plume from Pu’u O’o Crater as if to say, “I am done here, it is time to move my home.”

Some of the questions people were asking were: “Where has all the lava gone?” “What happened to the volcano?” “Something just happened, does anyone know anything?” “Is the lava going underground in a network of lava tubes?” “Why is there smoke coming up from my front yard?” This island was a place that was forged by five major volcanoes. Fear consumed many as multiple earthquakes continued to harass and cause anxieties for residents. For some Hawaiians, this meant that Pele, the Goddess of fire was knocking at someone’s door. For scientists and experts, this was a prelude to the unknown. Tracking the movement of magma beneath the surface is like following a voice in a darkness that does not want to be heard. The unpredictability of magma can only be monitored, studied, and hope that an eruption would take place in an isolated area; far away from any populated subdivisions in this district.

Then it began, this riveting natural phenomenon was caught. Volcanologists with their sensors and state-of-art instruments had found what they have been searching for. The elusive flow of pillage was right under their feet heading possibly toward the sea. Yes, toward the sea following the steepest descent, but taking a slight path northward under a major highway into a lush green and captivating subdivision known as Leilani Estates. Scientists, with its latest tools now had an idea where magma was heading, but they could only guess where it would erupt. Then, on the eve of May 3, 2018, homes shook throughout the night, toxic gases filled the air, and by the next day of May 4, 2018, the first fissure broke unexpectedly. The alarm was sounded for evacuations as explosions sounding like deafening jet engines introduced super red-hot material over backyards, gardens, and panicking neighbors. It was too soon to prepare. Many bugged-out with only what they could fit in their cars and for some who heeded early warnings, their valued possessions had already been preserved in commercial storage and family garages. Sadly, a multitude of pets were left behind because of the rapid emergency where the choice of human life be spared or animals be left to fend for themselves. Dogs, cats, pigs, goats and even cattle could not be moved in time. These creatures were trapped by a slow-moving lava flow where instincts and survival would be the only outlet for them, which, by all accounts, will most likely be buried under 60 feet of newly-formed earth.

One, then two, then three volcanic vents opened up in almost a seemingly prearranged pattern, so that its destruction could wreak havoc and take out the maximum amount of structures within its reach. These volcanic funnels were oddly positioned in a way where it could avoid the geographical landscape that would inhibit its path away from vegetation to reaching man-made dwellings. In other words, this river of lava was not indiscriminate. It seemed to have been premeditated. In total, 24 fissures now have given way to this assault; lined up like militarized artillery taking aim to overrun a territory. However, there was a much worse emergency. In the way of a  one-mile-wide river of lava, was the shocking inundation of the nearby Puna Geothermal Plant or PGV.

The public, local and state governments were under duress as the prospect of PGV’s storage of 60,000 gallons of pentane gas used for power generation was being threatened. These gases could ignite and cause an unprecedented massive explosion. This was the least of the public’s concern as some were theorizing that if the geothermal plant was overrun by lava, it could release a very high concentration of deadly hydrogen sulfide that could kill people within a 25-mile radius of the epicenter. This is not an exaggeration, the material data safety sheet at Air Gas stated, “Fatal if inhaled. In addition to any other important health or physical hazards, this product may displace oxygen and cause rapid suffocation.” Gas masks at auto centers, chemical suppliers, and also Hilo Surplus Store ran out of life-saving respiratory equipment. Fortunately, Joe’s Army Navy in Michigan sent two gas masks that could save the life of my wife and me. As the lava slowly encroached upon PGV’s facility, it has taken out several wells, but there has been no explosion…yet. The river of lava reached the ocean and devoured one of the most beautiful bays in the world, along with beach front properties that included the location of our enchanting wedding. Living only six miles away from the path of a still very vigorous lava flow, we were able to see the bright red glow in the night sky and the unbearable ingestion of sulfur fills our rooms reminding us of the uncertainty that may lie ahead. My bug-out bag is ready for any evacuation and I am prepared to leave if necessary. The shelters are already at capacity and I hope there will be a better option than sleeping next to complete strangers and having no home.

I hope that you never have to experience the catastrophe, chaos and destruction that I experienced. The lesson I learned is to be prepared by stocking up on all emergency items to stay safe and be prepared.