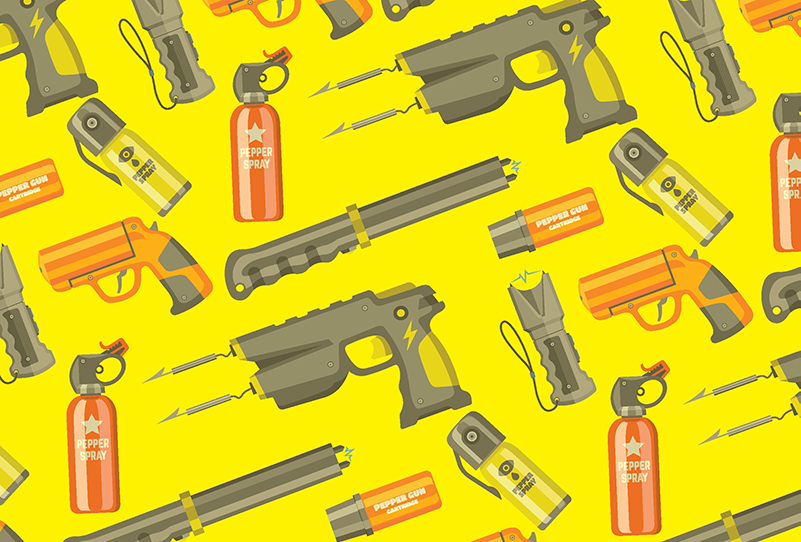 Self-Defense Weapons: When Are They Legal?

For many Americans, self-defense is considered a way to protect oneself in the event of an attack. While this is true to some extent, it can also be considered a crime on many levels. Self-defense is an act of protection but only when a person believes they are in danger of bodily harm or death. There should be no available way to retreat, and no other defense than to harm another to save themselves.

Self-dense, however, is not the act of fighting. It is protection, plain and simple. But where does the line between self-defense and a criminal act actually begin? The difference is a fine line that can easily be crossed when a person is involved in a situation where they believe they are in danger.

If attacked, one may think that they have the right to kill, harm or hurt another. This is not always the case and can end with the individual trying to protect themselves from injury or death being in a problematic situation.

Depending on the state, self-defense can have varying meanings. For some, it can be the plain and simple difference of knowing when an attack requires self-defense. One may think that since they have the right to bear arms, they have a right to protect their family in any situation. While this may be true, it can lead to a series of legal consequences that could involve jail time.

Even if a would-be attacker breaks into a person’s home, it does not fully mean that they have the right to shoot the attacker upon entry. One must consider how much danger they are really in and whether or not their life could be taken from them. Can that person escape? Is there a risk of death or injury from the attacker? Or is one just provoking a fight with the attacker? These are all questions that a person must ask before they go on the defensive to protect themselves. 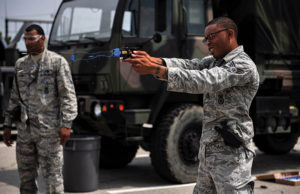 When it comes to the weapons that individuals can use to protect themselves in self-defense, Tasers have become a popular choice. While these weapons are legal for law enforcement to use, they may not be legal in every state. Some states, such as Hawaii, New York, New Jersey, Massachusetts and Rhode Island, have made it illegal to own a Taser or use one even if it is for self-defense. Other states do allow the ownership of a Taser, but prevent them from being carried on a person or in a vehicle. Still other states require a permit to own a Taser of any kind.

Using a Taser for self-defense in a state that allows possession of such a weapon could present a legal issue. The use of a Taser could be considered assault in many instances. This can lead to a criminal conviction or civil lawsuit if the weapon is not truly used as self-defense. 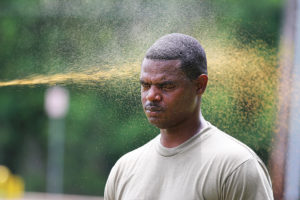 Pepper spray defenses can result in assault or battery charges if the user provoked the attack, or if they used it with excessive force or without a serious self-defense situation occurring.

Using a knife for self-defense

Like other weapons, knives have the ability to kill or injure a person. If used for self-defense, they could lead to a criminal charge, especially if the person is killed in what one may consider a self-defense maneuver.

Using a knife to protect oneself is a slippery slope because it can be used as a deterrent in extreme cases to provide protection. But if used without caution, it can lead to time behind bars in a criminal conviction.

When using a knife for self-defense, a person must consider the extent to which their life is in danger. With the ability to kill someone or seriously injure or disable them, knives may not be seen as the best self-defense weapons to carry and use against an attacker.

Using a gun for self-defense

Gun owners do have the right to bear arms and can use a firearm to protect their lives, but this type of weapon needs to be used judiciously and with extreme caution. Guns, like any other weapons, may be considered deadly force when used in a situation that could have been diffused without it.

It may be difficult to prove self-defense even if a person breaks into a home and threatens a homeowner’s family. Prison time, civil liabilities, and other consequences can easily come out of the use of a gun for self-defense.

It is best to remember that even though a person has the right to bear arms, using a gun as a self-defense weapon can lead to legal issues. Guns are a last resort and should only be used as self-defense when a person’s life is in extreme danger. There should be no other possibility of protection, and there should be no available way to escape without firing the weapon.

As a homeowner, business owner or civilian, using a weapon as self-defense can lead to serious and life-altering consequences. While it is a calming thought to know a self-defense weapon is ready if the need arises, its use needs to be well thought out and only used when it is a matter of life and death.