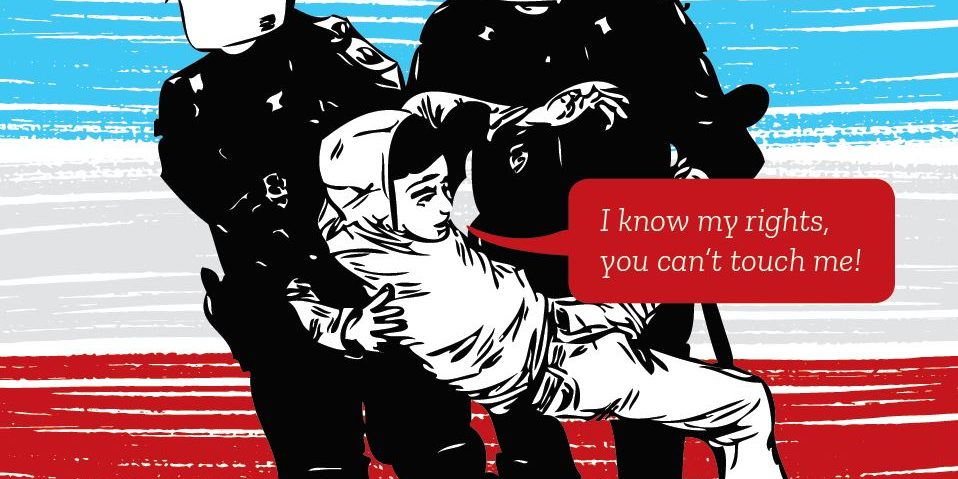 These true believers can be a deadly threat to law enforcement

You can find any number of YouTube videos about traffic stops, most of which play out the same way: a law enforcement officer makes a traffic stop of a car (usually one that looks like it’s about to fall apart) with no license plates, or a handmade plate with “FREE CITIZEN” or some similar text. The driver refuses to roll down his window all the way, if he opens the window at all. In response to the officer’s request for a driver’s license, registration, and proof of insurance, the driver responds with his claim that he doesn’t need a license, as he is “traveling,” not driving. This is often followed by some verbiage about the Uniform Commercial Code and voluntary disenfranchisement, a demand for the officer’s credentials and to have a supervisor attend the stop, and more arguing.

The recordings usually end with the officer breaking out a window with a glass punch or a baton, and the driver being forcibly extracted from the car, shouting, “I DO NOT CONSENT! I DO NOT CONSENT!”

Welcome to the wonderful world of the sovereign citizen.

Not a new development

Sovereign citizens (SCs), who sometimes also call themselves “constitutionalists,” started around 1971 as an outgrowth of the Posse Comitatus or Christian Identity movements. They generally reject the authority of federal or state governments, although a few will acknowledge county governments and officers, especially an elected sheriff. “Posse Comitatus” translates loosely as “power of the county.” They especially deny the ability of the federal or state government to levy or collect taxes, and to require any sort of licensing, such as drivers’ licenses or vehicle registrations.

Despite having been around for a long time, they don’t have a great track record with their arguments. Repeated civil and criminal lawsuits and tax cases involving SCs have been tried in various state and federal courts, and the SCs have lost every one. The outcomes range from fines to prison terms, but they are undeterred. On a regular and continuing basis, newcomers to the faith read an online screed or order a self-published book from the back of a hunting or gun magazine, and they’re convinced they have found a new, indelible path to freedom from the yoke of government.

Most SCs take the plates off of their cars and throw away their drivers’ licenses (if they ever had one), and get arrested or cited when they try their theory out on the local constabulary. A few resort to more elaborate measures. One common practice is to file civil liens against the assets (property, vehicles, bank accounts, etc.) of any government official they view as having wronged them. These liens are often not questioned at the time of filing, and the target may be unaware of the lien until he or she moves to sell or otherwise liquidate the asset. They then find that it’s frozen and unavailable to them. This can impact one’s credit rating, and it obviously causes some personal grief, which is exactly what the SC has in mind. The liens can be cleared after a court hearing, but these are often expensive and time-consuming. By the time the lien is discovered, the SC may have taken his show on the road, and many don’t have any assets from which to recover damages, anyway.

They don’t always stop with paperwork mischief. In May 2010, two police officers in West Memphis, Tennessee, were shot and killed by a SC who was driving a car the officers stopped. The father of one of the officers, Bob Paudert, was the chief of police in West Memphis at the time. He has since devoted his time to training law enforcement officers in the handling and hazards of SCs.

Another SC couple in Alaska conspired to murder a federal judge, his daughter and the judge’s grandchildren. The judge had presided over a tax case that ended with the forfeit of the couple’s house. They bought a suppressor-equipped pistol and some hand grenades from an illicit supplier who turned out to be a federal informant. They got a combined 37 years in federal prison. The FBI regards some SCs as domestic terrorists.

Despite eschewing the payment of taxes, tax scams are among the SCs favorite ways of making money. They will use stolen identity information to file fraudulent federal and state tax returns, claiming large refunds. When the victim files his or her legitimate tax return, the IRS or state tax agency rejects it as having already been settled, or lets them know they’re under investigation for filing for a refund they didn’t deserve. Dealing with tax collection agencies is traumatic enough for most of us. Imagine trying to pay your taxes and at the same time defend yourself from a claim you didn’t know existed.

While most of us find it easy to scoff at the notion that one can throw off the need to pay taxes or otherwise comply with the law by a simple declaration, SCs tend to be True Believers. They will stand their ground and assert their God-given rights to independence from government in the face of any argument. Education and intelligence don’t seem to have much influence. The typical SC does not have a strong educational background, but others have professional degrees and licenses and solid academic credentials. They have simply deluded themselves into believing they can ignore the law because they want to believe it.

Unless you get on the wrong side of an SC, they probably aren’t much of a problem for the typical private citizen. For law enforcement, it’s a different story. SCs create as much disturbance and distraction as they can, since this draws attention away from their refusal to comply with the same laws the rest of us abide by. They may also act out violently, creating a deadly force encounter. If you’re able, the best advice is probably to stay clear of these folks.