There never seems to be any shortage of video clips showing law enforcement officers engaging in uses of force, and there are a corresponding plethora of critics of the way they do it. When I see these criticisms, my first thought is nearly always, “Have you ever been in this situation?”

The usual scenario involves someone the police are approaching, either because the officer perceives him or her to be a hazard, or to affect an arrest. One I saw recently was of a former professional football player who had been involved in a verbal altercation with another person in the parking lot of a Walmart. The police were led to believe the man had a gun. As they approached him, he started backing up, shouting, “I didn’t even do anything!” Within seconds, the cops were grappling with him, and it took over a minute and several officers to get him handcuffed.

The many comments I saw about this that didn’t dwell on race had a similar theme:
Why does it take so many cops to take down one man?
Why do they have to throw him on the ground?
Why aren’t the cops trained better? 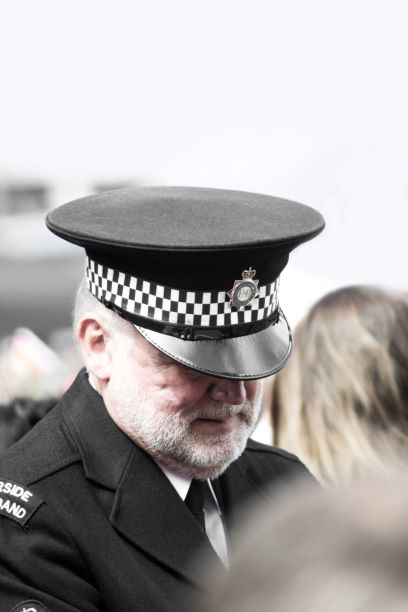 Television and movies have educated people to believe that a physically small police officer – often a woman – can take down a man of much greater size quickly, efficiently, and without causing injury to either of them. Watch any police show long enough, and you’ll see this illustrated time and again.

The same entertainment media has also taught me that if a spider exposed to gamma radiation bites me, I will develop superhuman strength and be able to squirt nearly indestructible web material from my wrists. I have also learned that the President of the United States is actually from another planet and works closely with a governmental organization largely staffed by aliens.

Actually, given recent news reports, I’m giving more credibility to the idea that the president is from outer space, but I digress.

If you want to see what real takedowns look like, watch a few episodes of COPS or Live PD. Before long, you’ll see some dogpile of uniforms on a meth tweaker or car thief, all engaged in a Brownian movement of arms and legs that looks unorganized and undignified. I started in police work in the late 1970s, and this scenario hasn’t changed a lot in the interim.

Every encounter is an armed encounter
It’s difficult enough just to get someone stopped. People squirm and fight when the police lay hands on them, and the officer must be mindful that every encounter he has with someone is an armed encounter. If the person he is confronting doesn’t have a gun, the officer brought at least one gun with him that can be used to kill him if he loses control of it. He isn’t free to grapple with someone and ignore access to his sidearm.

Getting that same person into handcuffs is harder by an order of magnitude. This requires fine motor control and positioning of the hands and wrists within a few inches of one another. Fine motor control goes to hell under stress, and people just won’t give you their hands when they’re fighting with you.

The instinctive move, when threatened by overwhelming force, is to go into some version of the fetal position. The knees come up toward the shoulders, and the hands are held tightly against the chest. This protects the more vulnerable aspects of the torso and offers only the back as a target. 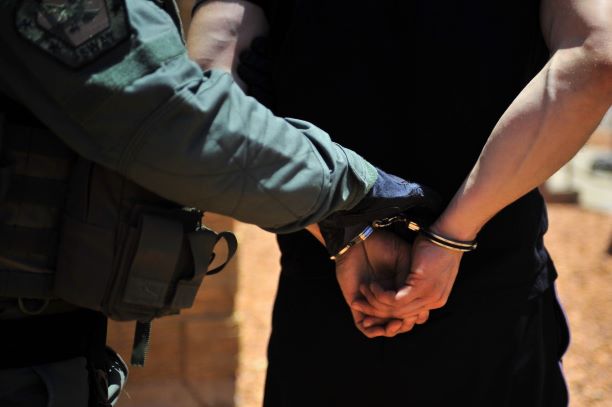 It’s also an extremely strong posture. Try this with someone you don’t mind wrestling with: have them assume this tight fetal position, and then try to get even one hand behind their back. My bet is that you won’t be able to do so, unless you are either much stronger than your opponent, or you use some pain stimulus to gain compliance or distract them. I have personally witnessed situations where as many as four cops were unable to get a person in this position into handcuffs, even though any one of the cops was physically larger and stronger than the resister.

These situations are often aggravated by high emotional stress, mental illness, and/or drug or alcohol intoxication. Any or all of these can cause people to think irrationally; reasoning with them is all but impossible.

Just resisting arrest is usually an irrational act. The officer, even if he’s alone, is equipped with various tools and training he can use to get you into custody. He can call for assistance and get as many other cops as he may need to complete the job. If he gets tired or injured, others are going to step in and finish the job. People occasionally elude the police in a chase, but once the confrontation reaches the face-to-face stage, the outcome is inevitable.

Know your options
Certainly, police make mistakes, and there are acts of police misconduct where there shouldn’t be an arrest in the first place. These are best handled at the police station or in court, not in the field. If the arrest does turn out to be a mistake, an additional charge of resisting arrest is going to make it much more difficult to resolve the matter in your favor.

I’ve never had a hostile encounter with a police officer. I lead a pretty mundane, law-abiding life, and I’m not frequently in situations where the police have any cause to stop me. However, if I were stopped by a police officer who thought I had hostile intent, I would do everything I could to send the message, “I am no threat to you, and I will comply with your orders.” I would stop, face the officer, keep my hands in plain view, and do what he told me to do, even if that meant lying on the ground to be handcuffed. When everything is done, if I think I’ve been mistreated, I know what my options are. None of them begin at that first encounter at the side of the road.